Under Arrest: Your Guide to Criminal Law

One of the best things divorced or separated parents can rely on to avoid disputes is a child custody agreement. These agreements are designed to ensure parents still fulfil their obligations even though they aren't living together as a family. However, over time, the agreement may lose its effectiveness, disrupting the peace and order the parents and children have been enjoying.

If a child is in danger

Child custody agreements focus more on the well-being of the child. If you can prove that a child is in danger in their current home, then the court will be obligated to accept the modification of the initial custody agreement. Some of the factors the court can consider include domestic violence in the household or the child's unwillingness to remain with the assigned parent.

When the custodial parent passes on

Natural occurrences, like the death of the custodial parent, can also trigger the need for child custody agreement changes. The court will take the time to determine if the other parent can assume full responsibility or a third party will be appointed to take custody of the young one. In most cases, the court will rule in favour of the non-custodial parent to avoid straining the child's life. But, if the child refuses to stay with the non-custodial parent or the parent's employment makes it difficult for them to assume full responsibility, a third party is appointed and given custody.

When the child's emotional, academic and physical needs aren't met

If you are a non-custodial parent and you know that the custodial parent isn't meeting your child's academic, physical or emotional needs, you can ask the court to modify the custody agreement. For instance, a child could be failing in school because the custodial parent doesn't care much about their academic excellence after paying the tuition fees. Or, the child doesn't get quality medical care and their health has been deteriorating, but you have better access to the medical care that the child needs at the moment. Note that one poor grade or illness cannot warrant a custody change – the issue must recur to grab the court's attention.

To learn more, speak to a family lawyer. 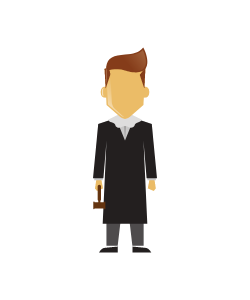 Being arrested by the police can be a super scary experience. When you are in a police interview room or cell, you may not always be able to think clearly. That's where our blog comes in. The articles published here are designed to pre-arm you with the knowledge you need to survive what could be a legally difficult situation. We will look at subjects such as your rights when arrested, how to find the best criminal attorney, and the court process. Although none of us are legal professionals, we all take an interest in current criminal law in this country.

Lawyers are expensive for most people, meaning you …

When buying or moving home, conveyancers play a cr …

The Divorce Process In Australia
20 August 2020

Divorce can be a complicated process. It is especi …

Why Would You Need a Commercial Lawyer?
3 August 2020

When you want to start a business, you might be re …

You already know the meaning of a divorce, which i …